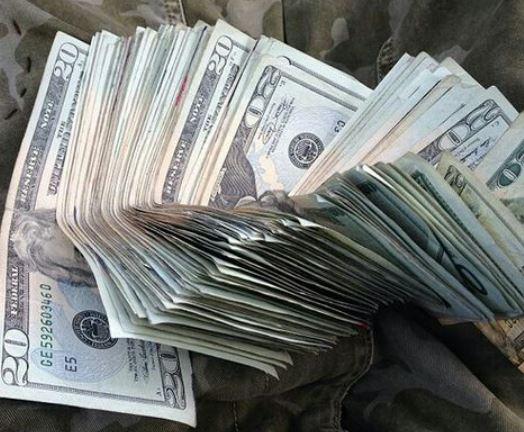 On a recent trip to I learned a new term, “flexing”. Flexing means to outwardly brag about one’s clothing, body, lifestyle, car, house, really anything that people attach ego to. And you know that we attach ego to almost everything. In economics, you’d call it conspicuous consumption, spending money on luxury goods and services to show status or economic power. Conspicuous Consumption is hardly a new idea. It was first mentioned in 1899 by Thorstein Veblen in his book The Theory of the Leisure Class: An Economic Study in the Evolution of Institutions.

Since the dawn of civilization, we’ve had to “signal” the opposite sex as means of reproduction. Animals “flex” as well, think of a Peacocks tail, does it really need to be that big and colourful?

Over time evolution has changed the mechanisms of how we signal and technology has only made it worse. We want to be portrayed online as someone suitable to mate with. A suitable mate means rich, attractive, smart, popular, all those things we were self-conscious about in high school.

Do we always need to share what we’re doing? Why do some people only show the nice parts of their lives? Are they immune to shitty days? Or could it be we’re lying to ourselves thinking we need to prove our existence to our friends?

Studies have shown that when we’re down on ourselves we’re more likely to buy luxury goods. In Martin Lindstrom’s Brandwashed, he references how kids with lower self-esteem will rely more on brand names than kids with higher self-esteem. Lindstrom sums it up in the book with: “the larger the logo on the clothing, the lower the self-esteem”.

IT ALWAYS COMES BACK TO ATTRACTING THE OPPOSITE SEX flexing money

From the book Spent the author says all consumerism can be traced back to the root cause of trying to attract a mate. If you think about it, pop culture, fashion and any new trend is about portraying ourselves as better than others and more attractive to potential mates.

Just how it got its name, “signalling”(pronounced “flexing”) is doing something in public that makes people think about you in a certain way. Generally conveying status, people signal others in hopes of convincing them of something.

This is why brand name clothing will always be popular. It’s a way to signal I have money! (even if you don’t and spend a large portion on hype beast gear). This is why people who never share on social media regularly go on vacation and post every day.

THE LOUDER THE SIGNAL THE LOWER THE SELF CONFIDENCE flexing money

Or the bigger the flex the less they feel confident in themselves. It’s sad really but it’s always been true. I used to wear my brother’s Tommy Hilfiger shirts back in elementary school because I thought they gave me status. Sure at the time I felt more confident but it was a false sense of confidence. What you wear, drive, live in or vacate to are simply things, they aren’t you. Expensive things seem amazing at first but they lose their sparkle after a while, forcing you to make another expensive something.

THE AVERAGE VEHICLE A MILLIONAIRE DRIVES IS A FORD-150

That’s not a flex at all!! Especially because these people can literally afford any vehicle they want.

It’s a funny thing in our world: we spend most of our younger years wanting to show the world we have money but once we make a lot of money we tend to not care what the world thinks.

My first roommate and I talked about this concept a lot. He habitually tried not to signal, I used to call Dander “the reverse signaller!” because he generally chooses not to signal status (which yes, is another signal in itself). He lived in not the greatest neighbourhood, in a small house, driving a beat-up truck, would buy clothes online for cheap and rarely would be caught with a fancy brand name across his chest. My friend was the happiest most confident person I had ever met. What the hell was his secret?!?

It wasn’t a secret, he just really understood social signalling. He didn’t try to be something he wasn’t. He didn’t spend money to try and increase his status. He knew his status and didn’t care what the world viewed him as. That’s the ultimate in confidence. Not giving a flying $%@&!

Stop looking up to the person in a three-piece suit at an event, they’re trying to “flex”(pronounced “signalling”). Instead, look for the person wearing flip flops, they’re the person you need to talk to.

How are you signalling?