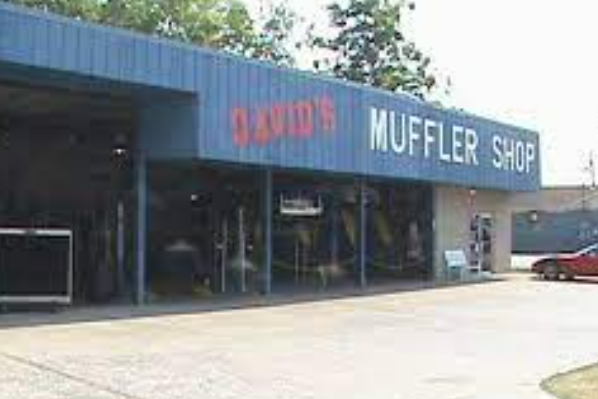 Catalytic converter theft is on the rise nationwide. Thieves can steal this antipollution device in a matter of minutes and sell it to scrap metal dealers for several hundred dollars for the precious metals it contains. A replacement for a stolen catalytic converter can cost as much as $2,000 for the often-targeted Toyota Prius, says Colby Sandman, owner of Muffler Tech in Sacramento, California, who saw an uptick in thefts as the lockdowns took hold. Now, his shop replaces 15 to 20 stolen catalytic converters each day. Such theft is a “crime of opportunity,” Sandman says, so removing that easy opening will cause these cat burglars to move on to easier prey. Here are the top tips from mechanics and law enforcement agencies to avoid a wrenching experience and a costly repair.

1. Know if you’re a target for catalytic converter theft

Call a good local muffler store and ask what cars have been targeted in your area, Sandman recommends. I called a shop and, sure enough, they reeled off many vehicles affected nearby, such as Ford trucks, Honda Elements and Jeep Cherokees, that had often been seen in the shop for a catalytic converter replacement.

“The Prius is the No. 1 vehicle for cat thefts” in the Sacramento area, Sandman says. As an ultra low-emissions vehicle, the Prius has a catalytic converter that contains more of the rhodium, palladium and platinum that render pollutants harmless.

Trucks and SUVs are often hit by thieves because it’s easy to slide under the vehicle rather than jack it up. Sometimes thieves unbolt the catalytic converter, but more often they just cut the connecting pipes using a battery-operated saw.

2. Install an anti-theft device on your catalytic converter

Investing in a cable locking device is much cheaper than replacing a catalytic converter, says Arantxa Chavarria, public information officer for the Long Beach, California, police department. The internet is filled with such devices to protect the catalytic converter, which is part of the exhaust system that runs along the bottom of your car. The anti-theft devices Sandman’s shop installs range from $250 to $800.

Here are a few of the popular devices:

Some muffler shops will custom-weld such a device to your car. But Sandman cautions that attaching the catalytic converter directly to the car’s frame can be noisy since the exhaust system otherwise is suspended from the car by sound-buffering hangers.

Some sources recommend using a high-temperature fluorescent orange paint, such as those sprayed on barbecue grills, on your catalytic converter and then inscribing your vehicle identification number on the painted surface. This makes it traceable, and in theory, at least, a reputable scrap metal dealer might decline to buy it.

4. Set an alarm or camera to catch thieves

You can turn up the sensitivity of your car alarm so that it goes off when thieves jostle your car. That’s fine, but as Sandman points out, then the alarm blares when your cat jumps on the car in the middle of the night. Other alarms are designed to be activated when the car is tilted, such as when it’s jacked up. Installing a motion-sensitive dash cam can notify you of a theft in progress or possibly record the license plate of the getaway car.

In addition to alarms, Chavarria recommends getting motion-sensitive lights and parking in your driveway or a closed garage whenever possible. She also suggests getting to know your neighbours so you can recognize strangers who might be casing parked vehicles. I checked my local Nextdoor.com and found almost a dozen accounts of catalytic converter thefts in the past three months.

If you carry liability coverage only, you’re not covered for theft.

What to do if your catalytic converter is stolen

If you come out in the morning and start your car, you’ll know by the loud exhaust noise that your catalytic converter was stolen. Here are a few steps that can get you going again:

Near by muffler shops